Transcript of “Tennessee Boating Under the Influence (BUI) Laws”

It’s summer time and the living is easy – unless you’re in jail because of a Boating Under the Influence conviction. Tennessee Wildlife Resources Agency officers across the state are kicking off “Operation Dry Water”, part of a nationwide crackdown on Boating Under the Influence cases. From mid-June 2011 until the end of summer, wildlife officers and other law enforcement are spending extended hours on Tennessee’s lakes and waterways on the lookout for violators.

This is your host, Steve Oberman, and in this episode I will summarize the Tennessee laws relating to Boating Under the Influence (also known by it’s initials – BUI). Remember that like many topics, BUI laws can be quite technical, so keep in mind that this is only an overview. Remember, too, that laws, including penalties, change frequently, so it is always best to consult a knowledgeable lawyer if you need more than a summary.

A person commits the offense of Boating Under the Influence by operating any vessel subject to registration or any commercial vessel on the public waters of Tennessee while under the influence of any intoxicant, marijuana, narcotic drug, or other drug producing stimulating effects on the Central Nervous System.

What does “operating” mean?

Operating is defined as navigating, being in physical control, or otherwise using a motorboat or a vessel. It is interesting to note that although the offense of Driving Under the Influence requires a motorized vehicle, no such requirement exists for the offense of Boating Under the Influence. It is also interesting to note that this prohibition does not apply to anchored or moored vessels. A boater may be determined to be under the influence by their behavior and/or by a chemical test for alcohol or other drugs, even if prescribed by a doctor.

Operating a boat with a blood alcohol content of .08% or higher is illegal in Tennessee, the same as operating a motor vehicle on the roadway. In order to assist in their decision to arrest, an officer may use some of the standardized field sobriety tests I have previously discussed in other podcasts. They may also use other field sobriety tests better suited for testing on the water. These non-standardized tests may include reciting a portion of the alphabet, counting backwards, and the finger-to-nose test.

Boaters may feel the effects of alcohol more than drivers. On June 30, 2009, the state of Tennessee issued an online news release stating that the Tennessee Wildlife Resource Agency wants boaters to recognize the effects and consequences of alcohol use while boating. In a boat on the water, consuming one beer is equivalent to drinking three beers on land because of external stressors such as engine vibration, wave motion, and glare from the sun. The link to that news release and some relevant photos may be found on our blog at tnduicenter.com or on the video version of this podcast.

If the officer has reasonable grounds to believe that the boater is under the influence, a blood, breath, or urine test may be requested. Like persons who operate motor vehicles on the roadways of this state, those who operate a vessel within the definition of this law are deemed to have given consent to one or more test for the purpose of determining the alcohol or drug content of their blood. A violation of the Implied Consent law for vessels results in a court ordered prohibition against operating any vessels subject to registration. A violation of the Boating Implied Consent law is not a criminal offense, but the operating privileges of the driver must be suspended for a period of six months.

You may wonder what the penalties are if convicted of Boating Under the Influence, so I’ll tell you what they are as of the date of this recording. A person convicted of Boating Under the Influence is guilty of a Class A misdemeanor – that is the misdemeanor with the highest penalties. Persons convicted of subsequent offenses within a ten-year period are subject to enhanced penalties. A first offender suffers a fine of between $250.00 and $2,500.00. In addition, they may be imprisoned in the county jail or workhouse for a period not to exceed 11 months 29 days. Furthermore, the court has the discretion to suspend the defendant’s privilege to operate any vessel subject to registration for up to one year. A second offender is fined not less than $500.00, no more than $2,500.00 and subject to confinement for a period not to exceed 11 months 29 days. The court must prohibit a second offender from operating any vessel subject to registration for a period of two years. A third or subsequent conviction requires imposition of a fine of not less than $1,000.00, nor more than $5,000.00 and confinement of not less than 30 days nor more than 11 months 29 days. In such circumstances, the court must prohibit the defendant from operating any vessel subject to registration for three to 10 years. Furthermore, any offender may be required to remove litter from public areas, playgrounds, or other areas giving the public access to public waters, as well as recycling centers or any other appropriate location.

We hope you enjoyed listening to the DUI law podcast1 produced by the Oberman and Rice Law Firm. You may read about related legal matter on our websites at https://tndui.com/ and http://www.duiknoxville.com or visit our blog at http://www.tnduicenter.com. You may also speak to one of our lawyers by calling (865) 249-7200. Until next time, remember to drive safely.

Portions of this podcast were taken from Mr. Oberman’s text, DUI: The Crime and Consequences, Published by West/Thomson Reuters, 2011.See https://tndui.com//oberman-dui-textbooks#tndui 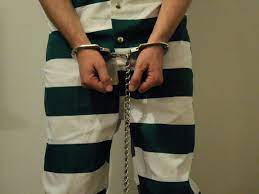 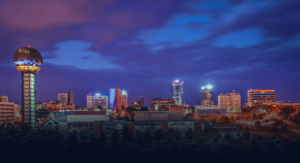 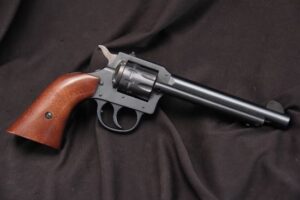