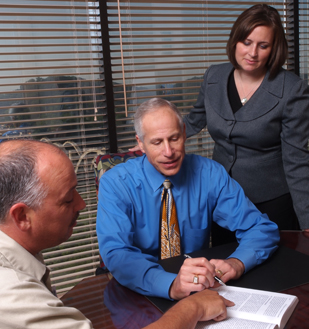 Your Future Is Our
Present Concern®

The History of Field Sobriety Tests

You see them on TV, you may even see people attempting them on the side of the road.  Comedians call them “Stupid People tricks,” but field sobriety tests have existed as long as the enforcement of DUI laws.

Allow me to first address the History and Background of these tests.  In the 1970s the United States National Highway Traffic Safety Administration (which you will sometimes hear me refer to by its initials as NHTSA), funded research to evaluate which roadside field sobriety tests were the most accurate.  The research was conducted by the Southern California Research Institute (S.C.R.I.).

In the original study, six different tests were considered.  These included the One-Leg Stand, Finger-To-Nose, Finger Count, Walk-and-Turn, Tracing (a paper and pencil exercise), and both the Vertical and Horizontal Gaze Nystagmus tests.

The researchers finally concluded that a three test battery – the Horizontal Gaze Nystagmus, the Walk-and-Turn, and the One-Leg Stand, offered a reliable field sobriety testing procedure to distinguish which persons had a blood alcohol content above .10%.  Subsequent studies (which I will later discuss) led the NHTSA to conclude these tests were sufficiently reliable to distinguish blood alcohol contents above .08%.   It is important to note that these tests were not originally designed to determine if someone’s ability to drive was reduced below normal.

The next step was to standardize these tests.  Additional research was therefore conducted to complete the development and validation of this sobriety test battery and to assess the feasibility of the tests in the field.  An additional study was performed in the field to validate the three tests outside a laboratory setting and to systematize the administrative and scoring procedures.

Defense lawyers, including myself, have suggested that the conclusions of these studies may be flawed in some respects.  In particular, the conclusions regarding accuracy are heavily weighted by the large number of subjects with very high blood alcohol levels.  A statistical analysis of the original data indicates that the accuracy of the Standardized Field Sobriety Tests (“SFSTs”) depends on the blood alcohol concentration level and is much lower than that indicated in the original studies.  However, the Standardized Field Sobriety Tests may be more useful in identifying subjects with a blood alcohol level substantially greater than 0.08%.

Allow me to next address the Standardization of these tests.  We call these Standardized Field Sobriety Tests, but what is really standardized?  Well generally, 3 things:   First, the administration of the tests.  This means that the tests must always be administered in the same manner.  This includes standardization of the location where the tests are given; Second, the officer administering the tests should always look for a specific set of clues unique to each test; and Third, the officer must score each test using the standardized scoring system.

“IT IS NECESSARY TO EMPHASIZE THIS VALIDATION APPLIES ONLY WHEN:

IF ANY ONE OF THE STANDARDIZED FIELD SOBRIETY TEST ELEMENTS IS CHANGED, THE VALIDITY IS COMPROMISED.”

So, now you have learned more about the history, standardization and validation of the DUI Standardized Field Sobriety Tests.  This is your host, Steve Oberman, inviting you to join us next time to learn more about the issues relating to the crime of Driving Under the Influence of an Intoxicant.