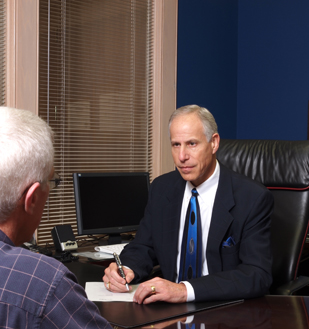 Passengers can be
convicted of DUI too!

Tennessee DUI law provides that an owner or passenger of a vehicle may be held criminally liable for the actions of another person who commits the offenses of DUI, vehicular homicide, or related Tennessee crimes.  This means that an owner or passenger may be found guilty of a Tennessee DUI offense when the driver is found guilty of Tennessee Driving Under the Influence.  This crime is most commonly referred to as “DUI By Consent.”

A passenger or owner of a vehicle may be found guilty of DUI under Tennessee law even if the passenger or owner never drives.  As a result, two or more people in the same car may be arrested and charged with Driving Under the Influence, even if only one person drove or operated the vehicle.  In certain circumstances, a person can be charged and convicted of DUI by Consent even if he or she is not present in the vehicle at the time of the driver’s arrest.

If convicted of DUI by Consent, the passenger or owner is subject to the penalties of a DUI conviction.  If the driver is a multiple offender, or if the passenger or owner has prior DUI convictions, unique issues may arise as to which penalties apply.  If you are charged with DUI by Consent in Tennessee, the attorneys at Oberman & Rice are available to discuss your charge in detail.

Copyright © 2002-2021 Oberman & Rice Law Firm. All rights reserved. Re-publication or redistribution of this content is expressly prohibited without the prior written consent of Steven Oberman. The information within this web site is intended to provide some general information about DUI laws and about Knoxville, Tennessee DUI Lawyers Steve Oberman and Sara Compher-Rice. Mr. Oberman and Ms. Compher-Rice anticipate that you will have questions about how they can best represent you in your Tennessee DUI, criminal or traffic case. Please do not hesitate to discuss with Knox County DUI Attorneys Steve Oberman and Sara Compher-Rice any aspect of your Tennessee DUI case, their resources, or how they can better represent you. It is their hope that you will be completely satisfied with their work and will become one of the many clients of the Oberman & Rice Law Firm who refer our firm to their family and friends.