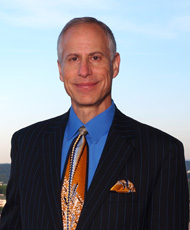 Steve Oberman, managing partner of the firm, limits his representation to those charged with Tennessee criminal offenses, with a special emphasis on driving under the influence (DUI) cases.  He primarily represents those with cases in Knoxville and the East Tennessee region of Tennessee. Since 1980, Steve has successfully represented thousands of clients charged with DUI, Vehicular Homicide, and other Tennessee criminal offenses.

Steve was the first lawyer in Tennessee to be certified as a DUI Defense Specialist by the Tennessee Commission on Continuing Legal Education and Specialization and the National College for DUI Defense, Inc. (NCDD). He has been a member of the Board of Regents of the NCDD since 1999 and served his term as Dean of the College during the 2009-2010 term.

He is the author of DUI: The Crime & Consequences in Tennessee (West-Thomson Reuters) and co-author with Lawrence Taylor of the national legal textbook, Drunk Driving Defense (Wolters Kluwer/Aspen). He has been chair or co-chair of the National Association of Criminal Defense Lawyers’ DUI Committee continuously since 1995 and is a frequent contributor to its official publication, The Champion.

Steve has been an adjunct professor at the University of Tennessee Law School since 1993 and has received a number of prestigious awards for his faculty contributions. He is a popular international seminar presenter on various trial techniques and substantive criminal defense law.  Steve has lectured prosecutors and law enforcement officers – having even demonstrated cross-examination techniques at the national FBI Training Academy.

He has achieved the top designations by leading national lawyer rating systems, including Martindale-Hubbell.  Steve has been named to Tennessee’s Best Lawyers List annually since the inception of the list in 2004. It has described him as: “[the] Godfather statewide in the area of DUI”; “Brilliant lawyer, great teacher”; and “Well-regarded trial attorney with ‘professorial’ demeanor. . . .”.  He has also been honored as one of the “Best Lawyers in America” by the publication of the same name; a “Top 100 Trial Lawyer” by the American Trial Lawyers Association; and a “Super Lawyer” by Mid-South Super Lawyers magazine.

Steve has been a featured guest on many local and national radio and television programs, where he has provided commentary on criminal defense issues ranging from the O.J. Simpson murder trial to, of course, DUI defense.

More information about Steve can be found by clicking here or you may click here to view his resume.

Effective July 1, 2022, the Tennessee Legislature created the new Tennessee Crime of Aggravated Reckless Driving.  A person who “intentionally or knowingly impedes traffic upon a public street, highway, alley, parking lot, or driveway, or on the premises of a […]

We reply to non-urgent after-hours requests for consultation within 24 hours. For after-hour emergencies, please call us at (865) 249-7200.