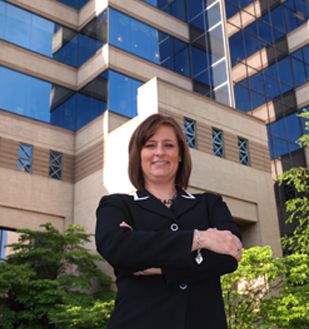 1 of only 2 attorneys in Knoxville,
TN recognized by Best Lawyers®
in the area of DUI Defense. 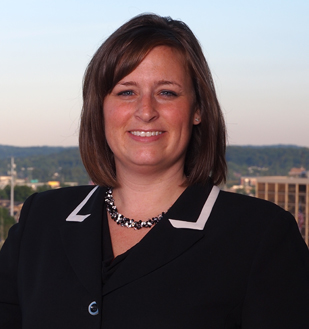 Sara Compher-Rice is a named Partner with the Oberman & Rice Law Firm.  Sara began practicing with Steve Oberman in 2002 and has been defending those charged with crimes in Tennessee since that time. Licensed in all Tennessee courts, Sara focuses her practice on those accused of Driving Under the Influence (DUI) and other alcohol, drug and/or driving-related cases.

Sara has been named a Mid-South Super Lawyers Rising Star every year since 2011.  She has also been named a Best Lawyer in the area of DUI Defense for the 2012 & 2013 editions of The Best Lawyers in America®. In 2011 she was appointed by the Tennessee Supreme Court to serve as a Hearing Committee Member for the Tennessee Board of Professional Responsibility.

Sara has lectured to both local and national audiences on the topics of DUI Defense, Ethics and Courtroom Technology. She has also authored multiple articles relating to DUI Defense.

Sara recognizes the importance of staying on the cutting edge of the latest legal, legislative and scientific developments in DUI law. As a DUI lawyer in Tennessee, she spends many hours at national DUI symposiums each year and also assists Mr. Oberman in the extensive research and writing of his books, DUI: The Crimes and Consequences in Tennessee and Drunk Driving Defense. In 2003, 2004 and 2006 she also received a certificate of completion from the National College for DUI Defense, Inc. Summer Session held at Harvard University.

Sara is active in the Knoxville Delta Gamma Alumnae Group, where she has served as Vice President of the organization. She has been appointed by the international legal ethics fraternity, Phi Delta Phi, to serve as Province President of Province 14, working with law school students across Tennessee, Kentucky and southwestern Virginia. Sara also enjoys volunteering her time with the March of Dimes.

Click on the links below for more information about Sara Compher-Rice and the Oberman & Rice law firm.