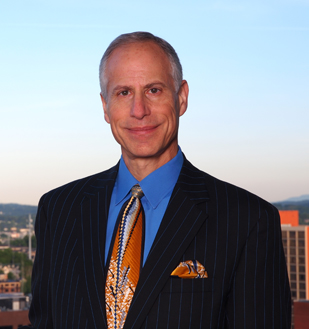 Steve is the only attorney in
Tennessee certified as a specialist
in DUI Defense.* 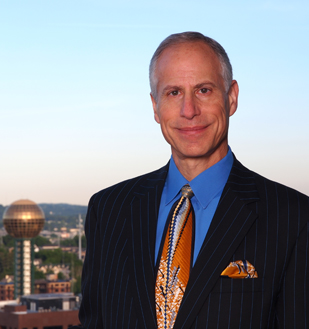 Since graduating from the University of Tennessee Law School in 1980, Mr. Oberman has established himself nationally as an authority on the intricacies of DUI law. Early in his practice, Mr. Oberman developed an extensive knowledge of defending those charged with the crime of driving under the influence. This knowledge, combined with his background in the sciences, gave Mr. Oberman a unique perspective in defending those accused of DUI. As a Tennessee DUI attorney, Mr. Oberman has successfully represented over two thousand clients charged with DUI. In 2006, Mr. Oberman became the first DUI lawyer in Tennessee to be recognized by the National College for DUI Defense as a Board Certified Specialist in the area of DUI Defense Law.

Mr. Oberman is the author of DUI:The Crimes & Consequences in Tennessee; and since 2003, is also the co-author of Drunk Driving Defense with Lawrence Taylor of Long Beach, California. Both texts are widely relied upon by judges, prosecutors and defense lawyers. In 1995, he became a founding member of The National College for DUI Defense, Inc. and has served on their Board of Regents since 1999. Additionally, Mr. Oberman is a frequent contributor to The Champion, the official publication of The National Association of Criminal Defense Lawyers. Mr. Oberman is one of only a few lawyers in the nation who have been certified by the National Highway Traffic Safety Administration (NHTSA) to administer the Standardized Field Sobriety Tests.

Business Tennessee Magazine, a statewide publication, has named Mr. Oberman to Tennessee’s Best Lawyers List each year since 2004 when the list was first published. Recognizing Mr. Oberman for his contributions to the field of DUI defense, it described him as:

“‘Godfather statewide in the area of DUI.’ With his treatise on DUI in Tennessee, which debuted in 1991 and has appeared annually since then, stays at the forefront of drunk driving defense in the state. Represents high-profile clients in Knoxville and across the eastern part of the country. ‘Brilliant lawyer, great teacher.’ Well-regarded trial attorney with ‘professorial’ demeanor. . .” Alexei Smirnov, Best Lawyers in Tennessee, Business Tennessee Magazine, p. 50 (January 2004).

Mr. Oberman has been an adjunct professor at the University of Tennessee Law School since 1993 and has received prestigious awards for his faculty contributions. Mr. Oberman maintains the highest rating from the renown Martindale-Hubbell™ rating system. He has been chair or co-chair of the National Association of Criminal Defense Lawyers’ DUI Committee since 1995. For more details about Mr. Oberman’s background and experience as a Tennessee DUI attorney, you may view his resume/vitae.

Tennessee DUI lawyer Steve Oberman is a popular speaker at seminars throughout the United States on various topics relating to DUI defense. His audiences have included seminar attendees of the National College for DUI Defense, Inc., the American Bar Association, and the National Association of Criminal Defense Lawyers. Mr. Oberman has spoken to various bar associations and organizations in more than fifteen states in addition to Tennessee, and a Court Clerks Meeting in Cambridge, England.

Mr. Oberman not only educates defense lawyers and the judiciary, but also the prosecution, having lectured in training seminars for The Great Smoky Mountain National Park Rangers, and for the Tennessee District Attorney Generals Conference. He has also had the honor of lecturing at the FBI Academy in Quantico, VA on the topic of courtroom testimony. Furthermore, Mr. Oberman was the only private practitioner in the country to participate in a NHTSA sponsored symposium of the Feasibility of Per Se Laws for Drugged Driving which was held in Washington, D.C.

He is a graduate of the DUI and Traffic Safety Faculty Development Workshop, developed by NHTSA and taught at the National Judicial College in Reno, Nevada. He is periodically designated as Special Judge for the Knox County, Tennessee Sessions Court. Mr. Oberman’s practice, however, is not limited to DUI defense. He handles other types of cases as well.

Click on the links below for more information about Steve Oberman and the Oberman & Rice law firm.